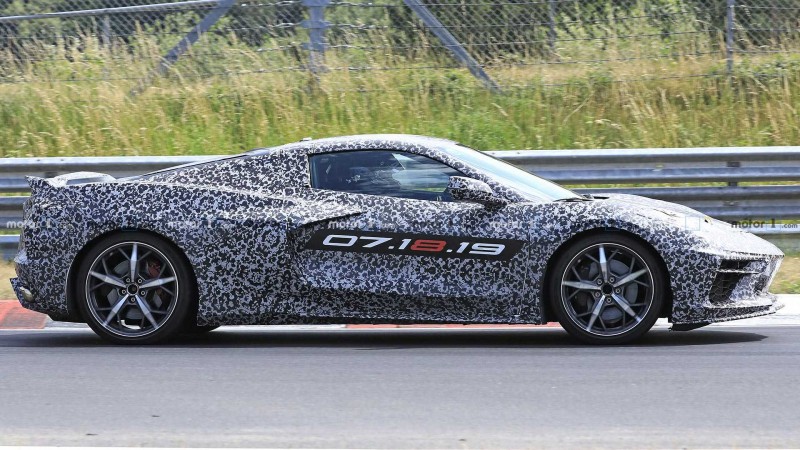 Most folks won't be able to attend the mid-engined C8 Chevrolet Corvette's debut in Tustin, California, on July 18. However, people in Michigan will be able to get a look at the much-anticipated model at the Concours d'Elegance of America in Plymouth on July 27 and 28. In addition, General Motors Vice President for Global Design Michael Simcoe will be there for a public seminar on July 27 where he will elaborate on the process of coming up with the new 'Vette's shape, according to Car and Driver.

Coming so soon after the invitation-only official premiere, this event will likely be the first opportunity for the general public to see the new Corvette. It won't be the only chance to view it, though. Chevy will have two national dealership tours crisscrossing the nation later this year, and the exhibits will include a look at some of the new 'Vette's accessories.

Chevy has done an admirable job of keeping details about the C8 Corvette largely a secret. Spy shots give us a very good idea of what it looks like, but the mechanical parts remain a secret. The current info points to the model debuting with an updated version of the existing 6.2-liter pushrod V8 that possibly makes more than the current version's 460 horsepower (343 kilowatts). Reports indicate that the only gearbox option might be a dual-clutch transmission.

Look for the C8 Corvette to begin arriving in dealers in 2020, but the rumor mill surrounding the model isn't even close to finished. Rumors suggest the possibility of the 'Vette getting a version of the Cadillac Blackwing win-turbo V8. A range-topping hybrid model pumping out around 1,000 horsepower (746 kilowatts) is also among the speculated variants. An open-top model seems very likely, too, but Chevy isn't even hinting at it yet.