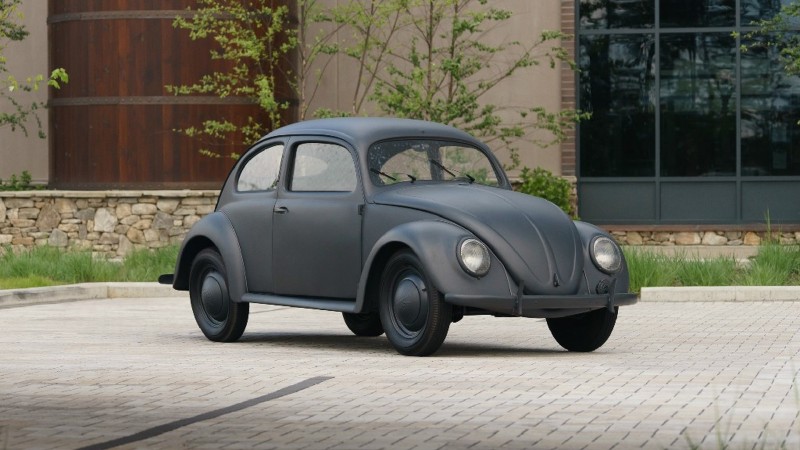 Breaking news hints that Ford and Volkswagen's agreement to split development of future commercial vehicles could bloom into a full merger that would immediately create the world's largest automaker. It's impossible to know yet whether these discussions might actually result in unification between the companies. However, the reports immediately took the minds of the Motor1.comteam back to a brief moment in 1948 when Henry Ford II had the opportunity to take over Volkswagen and all of its facilities at absolutely no charge. He turned it down.

Understand how Ford and VW are growing closer

Before we get to the intriguing meeting where this opportunity happened, we need to cover a little Volkswagen history. The famous Beetle started as a way to mobilize the German people during the country's industrialization in the 1930s. The Nazi regime never referred to it as a Beetle, though. Instead, the machine was the KdF-Wagen for Kraft durch Freude or "strength through joy" in English. Before the Wolfsburg factory's completion, the automaker only built 210 of these models, and all of them went to Nazi offices or officials, according to Walter Henry Nelson's book Small Wonder (which is available for free on Archive.org).

Following the end of World War II, the Allies split Germany into occupied zones, and the British were responsible for the area containing the Wolfsburg factory. The occupational leaders actually restarted production there as a way of creating jobs in the decimated, post-war economy, and the plant built 1,785 Beetles in 1945.

The British occupation forces had no desire to be in the auto industry, though, and they soon started looking for someone to take over the Wolfsburg plant. Sir William Rootes and his brother Reginald were the first choices in 1947. Their Rootes Group controlled auto brands like Hillman, Humber, and Sunbeam. However, they passed on the opportunity.

Now, Henry Ford II finally enters the picture. In March 1948, the British got in touch with the American auto executive and scheduled a meeting with him in Colgone, Germany. The Brits were willing to hand over all of VW for nothing, just to get the burden off their hands. When the time came to make a decision, Ernest Breech, Chairman of Ford's Board, looked at Ford II and said: "Mr. Ford, I don't think what we're being offered here is worth a damn," according to Small Wonder. Meeting adjourned.

Brecch's opinion might not have been the only factory in the decision, though. The Wolfsburg factory was also just miles away from the Soviet-occupied zone that later became the East German border. Unnamed Ford execs expressed misgivings about having a plant so close to such a potentially turbulent area, according to Andrea Hiott's book Thinking Small: The Long, Strange Trip of the Volkswagen Beetle.

With that attempt's failure, in addition to a breakdown in a potential deal in 1947 with the Australian Reparations Council, the Brits gave up. They handed over the reins to Heinz Nordhoff, who had taken over the Wolfsburg plant's management in January 1948, and let VW's future success or collapse rest in his hands. As evident today, things went well. Now, this merger has a chance of happening once again.