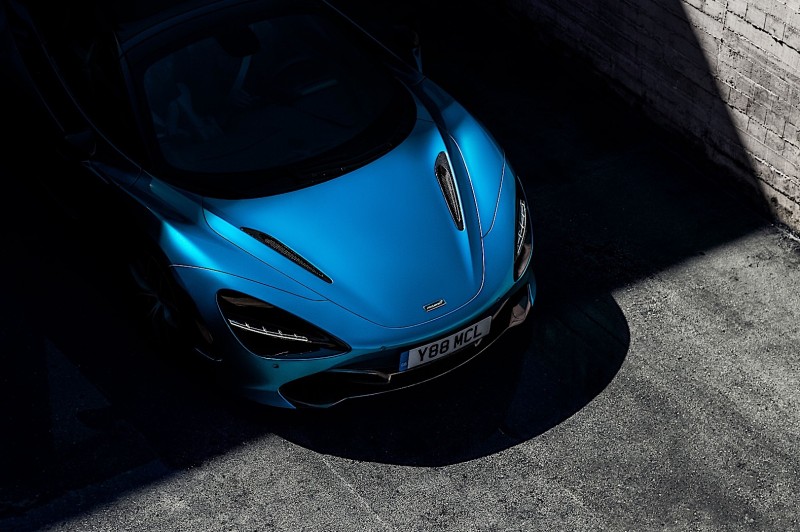 Last month, we got to see the first new product of this offensive, the Speedtail. Although not exactly meant for the masses, the hypercar-tribute to the F1 marked the start of this car offensive with a bang.

Planning 18 car launches in seven years means McLaren will have to make at least two unveilings each year. The second for 2018 was just confirmed for December 8.

“A new McLaren supercar is set to raise the roof next month as the British creator of luxury sportscars and supercars reveals the second model in its £1.2bn Track25 business plan,” said the company in a statement.

Officially, McLaren has not said what the car to be unveiled is, only writing that it will be the second new model under the plan above. With the news, the carmaker also published a teaser image of the upcoming model.

What we see is the front end of a 720S. Since this model was only introduced in 2017, it’s unlikely a replacement for it has already been envisioned.

What the 720S lacks at the moment is a roadster version, and this is very likely what the Brits are hiding behind the blueish tone of 720S’ front hood. Also pointing to this conclusion are the frameless doors which can be seen in the video attached below.

Internally, McLaren calls its roadsters Spider, and the company has offered such versions for the 650S, 675LT, and 570S. That means that from December 8 the 720S familiy will add the Spider name to its ranks.