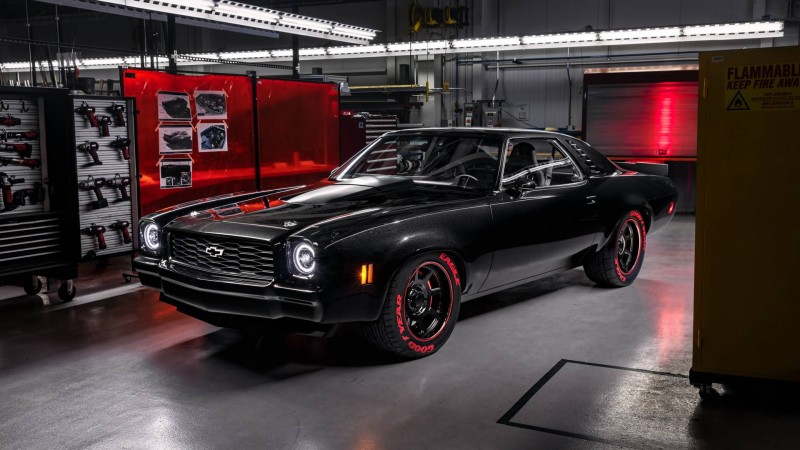 Chevrolet hit a massive home run with its LS-series V8 engines. The first one appeared back in 1996, and these mills have become so popular that the term LS swap is nearly as common as Mustang crash in the car world. As such, Chevy has a broad offering of crate engines and today the lineup is literally stronger than ever. That’s because the Corvette ZR1’s supercharged 6.2-liter LT5 mill and all its 755 horses (563 kilowatts) join the party.

It’s one of three new crate engines the automaker is offering, and all will be showcased in vintage Chevy iron at this year’s SEMA Show in Las Vegas. Along with the ZR1’s mill, a new 6.0-liter L96 V8 from the LS family will be available making 360 hp (268 Kw) and 380 pound-feet (515 Newton-meters) of torque. The other new offering is a bit more old school, nixing the LS flavor for the classic Chevy 350 V8 formula in a new ZZ6 fuel-injected engine making 420 hp (313 kW).

“Chevrolet Performance’s expanding crate engine lineup offers something for every enthusiast and his or her dream project,” said Jim Campbell, GM’s U.S. vice president of Performance Vehicles and Motorsports. “That choice is matched with the peace of mind that comes only from factory-engineered systems tested to the same standards as production vehicles, for performance you can count on.”

Rather than simply bolting the new engines on stands, Chevy will show prospective buyers how the V8s work with three vintage builds. The ZZ6 engine is fitted to a classic 1967 C/10 pickup, with the L96 holding station in a 1978 Silverado truck. The ZR1’s LT5, however, is dropped into something we wouldn’t expect – a 1973 Chevelle Laguna that pays homage to NASCAR with its black wheels and small trunk spoiler. Such builds often involve classic Camaros, so it’s quite refreshing to see something different. And we love the way this old Chevelle looks.

Chevrolet now offers nearly 50 crate engines, and you can bet a majority of them – as well as these three newbies – will be on display at SEMA the end of this month.