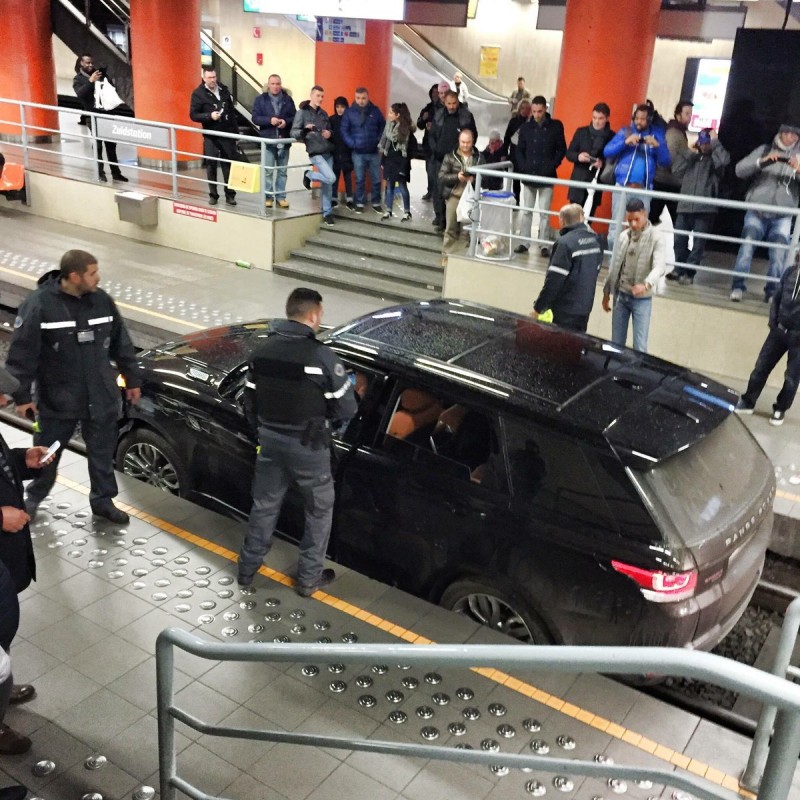 What they don’t take into account is just how attached to their cars some drivers are, and so if they keep hearing this over and over again, they might begin to feel a little conflicted. On the one hand, they don’t want to abandon their cars, but on the other, all those people might be on to something: using the subway could actually be a good idea.

Add some alcohol into the mix and this is what you get: a driver who figured he would mix the two worlds and drive his Range Rover Sport on the metro tracks. Needless to say, it didn’t turn out too well for any of the parties involved, and when he eventually woke up from his slumber, he was a much, much poorer man. And we’re not just talking about the repair bill for his luxury SUV.

The man rolled his car into a pre-metro tunnel in Bruxelles (Brussels), Belgium, on Monday evening, blocking circulation for no less than three train lines. As the footage and the images show, he must have driven on the tracks for quite a while, because his tires were all shredded. Nobody knows why he got there or how exactly he did it, but it’s fair to assume he would have probably kept on going if it were possible.

To add insult to injury, the man also refused to get out of his vehicle for quite a while, prolonging the awkward situation even further. Finally, he was arrested and taken into custody while his car was towed away, but not without difficulties.

STIB (Société des Transports Intercommunaux de Bruxelles), the company operating the affected trains, said that nobody was injured during the event and that traffic has since been restored. However, a spokesman for STIB also added that all this affair will cost the Range Rover Sport driver dearly.

Compensation in these cases is calculated based on the amount of time during which the circulation was disrupted, so refusing to leave the vehicle while it was sitting on the tracks was definitely not a very bright idea. Belgian publication Le Soir quotes the same STIB spokesman as saying that it’s impossible to name an exact number at this point, but “it will cost him a lot.”