Home Blog Does the 1,479bhp Bugatti Chiron work as a pace car?

Does the 1,479bhp Bugatti Chiron work as a pace car? 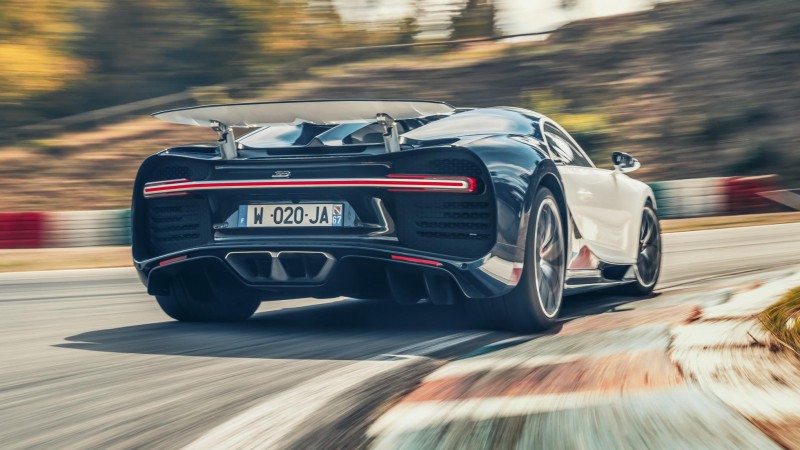 As you well know, we’re sticklers for regulations here at TG. So when we decided that we ought to have a pace car at Charade (read our circuit guide here) for our Speed Week track test - to appease the track authorities and our insurers - I went straight away to the big book of FIA regulations and looked up the requirements for a Formula One safety car. Because that’s how we roll.

In among all the claptrap about “taking up position 20 minutes before the start of the formation lap” and needing to “be driven by an FIA-appointed driver and carry an FIA observer” was the vital information: “it must be able to maintain a minimum speed level to prevent the tyres and brakes of the Formula One vehicles from excessive cooling and the engines from overheating”.

Allow me to translate: it must be fast. Without putting too fine a point on it, we have excelled ourselves. Formula One might have the AMG GT R, Moto GP the BMW M5 and WEC Porsche’s 911 Turbo, but none of them was fit to lead our overpowered Speed Week convoy. Straight to the top. Bugatti Chiron.

Because what’s really required to lead a race is a car faster than everything behind it. Stands to reason. So four turbos, six catalysts, seven gears, eight litres, 10 radiators, 1,479bhp, 1,180lb ft, chassis as stiff as an LMP1 car and front tyres as wide as the McLaren’s rears. Yes, we have done well.

Next point: a suitable driver. No shortage of volunteers among my colleagues but really a fast car needs a fast driver, not just one who’s brave enough to find the end of the throttle travel and then terrified enough to forget to lift off. Is Andy Wallace FIA appointed? Better than that, he’s TG appointed – a bona fide Le Mans winner and racing legend.

TG’s confidence takes a knock (and our insurance advisor goes rigid) when, during a discussion about track limits, Andy comments, “You know how careful you have to be when you apply opposite lock while you’re in mid-air?” Er, no, Andy, we don’t – it’s probably best you stop talking and get in the car now…

The Chiron makes a different noise to anything else here. No histrionics, just this sub-woofer rumble, like it’s using the surface itself as an amplifier. It sounds… colossal. Behind it I’m driving the McLaren. Less than a tenth the price, probably faster around the track, but my God it feels a bit thin.

I know the Chiron, I have been fortunate enough to do some track work in one before. It’s a force of nature, a blown dam of acceleration, a yanked parachute of braking and far more interaction on the bits in between than the Veyron could muster.

Charade is too small for it, really. Not that I’d dare, as I’d be disqualified, but it’s unovertakable, seeming to fill the whole track. And it looks terrific from behind: vast exhausts, heat exchangers and outlet vents eject spent hot air, leaving me driving through a heat haze.

It sweeps confidently, calmly around even the tightest corners, no hint it’s having to work, just the occasional whoomph of a downshift, a tarmac-shuddering soundwave of acceleration. It’s a rare, dramatic sight, the Chiron on track. And at the end of the lap, it rolls effortlessly into the pitlane, while out on the track, battle commences.