The Bentley Mulliner Bacalar is a 200mph two-seat drop-top 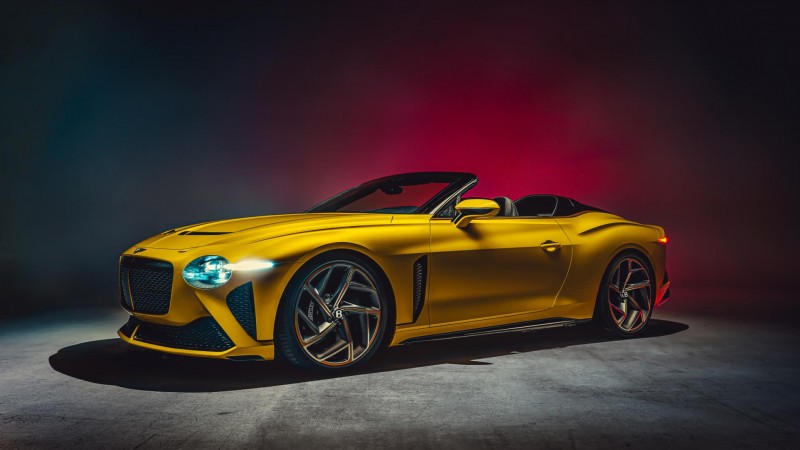 Numbers first, because the Bentley Mulliner Bacalar is not about numbers – it’s about details. So we’ll concentrate on the details, and get the pub fact figures out the way right now.

An uprated bi-turbo W12 engine developing 650bhp and 667lb ft. A top speed of over 200mph. 22-inch wheels sitting 20mm further apart than on a Bentley Continental GT. Two seats. 12 to be built. And a price tag, before taxes, of £1.5millon. Which didn’t put anyone off – each Bacalar is already spoken for.

So, what is this car? Another garage queen for the hyper-rich? Bentley insists it’s a much more important machine. This car is a launchpad for its coachbuilding division, Mulliner, to cater to the most rarefied, esoteric, expensive tastes in the car world.

At £1.5m each, the whole project will bring Bentley £18million, before it’s paid for the new carbon fibre front and rear wings, the new lights, the fresh wheels, and so on. Now, the chassis, engine and running gear is based on the Continental GTC, which sells for around £150,000. So, to justify the extra zero on the sticker, the Bacalar – named after a Mexican lake whose unusually blue hue is reflected in the car’s digital dial display – has to ramp up the attention to detail. Why not, after all, just buy a Conti GTC?

Take the paint. Bespoke colour, that. It’s called Yellow Flame, and it’s extremely metallic. Not thanks to flecks of glitter, but ash from rice husks that create a 90 per cent pure silicon-dioxide pigment platelet. We didn’t pay enough attention in chemistry to understand the method, but we can report the finish is stunning, with purple highlights buried in the paint.

Plus, it’s a more sustainable, eco-friendly process. Not to mention frightfully pricey…

The front and rear wings are carbon fibre, allowing creases and lines that wouldn’t be possible with metal. The main hard points they’re fixed to are all Conti GT, but check out those bespoke front and rear lights, and the new bumpers with their aggressive, almost BMW M-like grilles, vents and diffuser. Some of those details come from concepts like Bentley’s EXP 100GT, or the older Speed 12. Some seem to ape Ferrari-style aero aggression. This is a Bentley with attitude outside, and supreme class inside.