Home Blog What do you think of Startech’s modified Aston Martin Vantage?

What do you think of Startech’s modified Aston Martin Vantage? 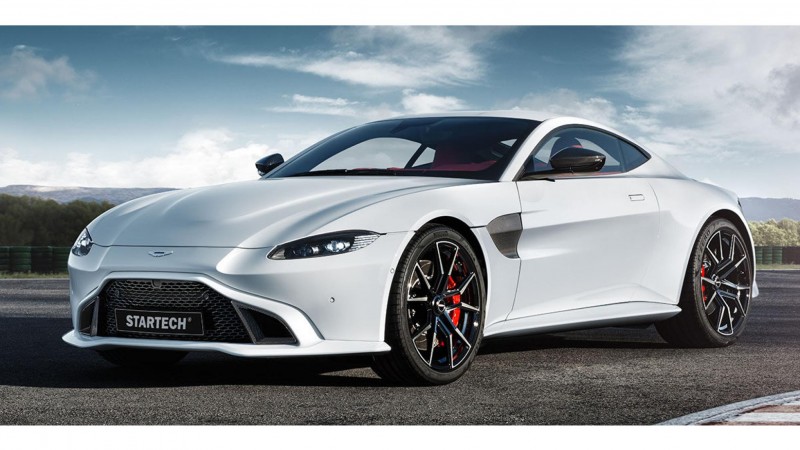 Startech, the subsidiary of Brabus that tunes non-Mercedes Benz cars, has had a crack at improving the already rather good Aston Martin Vantage. Looks pretty restrained though, doesn’t it? And the modifications aren’t cheap either. So please read on, take in the details, and then let us know whether you think a tuned Vantage is worth it.

Let’s start with the cost. If you turn up to an Aston Martin dealer, they’ll take 123,850 of your hard-earned British pounds in return for a standard Vantage. Then, if you then take your purchase along to Startech, they’ll ask for almost £21,000 extra to turn it into the car you see above.

Some of the visual changes include the carbon fibre inserts in the front grille, massive performance exhausts tips, carbon wing mirrors, fresh Startech alloy wheels and a racing-inspired LED fog/reversing light that actually makes us rather giddy.

No huge changes then, although under the bonnet is a different story. Given that the Vantage uses an AMG engine, the folks at Startech have been able to extract 592bhp and 590lb ft of torque from the 4.0-litre twin-turbo V8 – up from 503bhp and 505lb ft as standard. Lovely.