Home Blog VW is bringing back the beach buggy!

VW is bringing back the beach buggy! 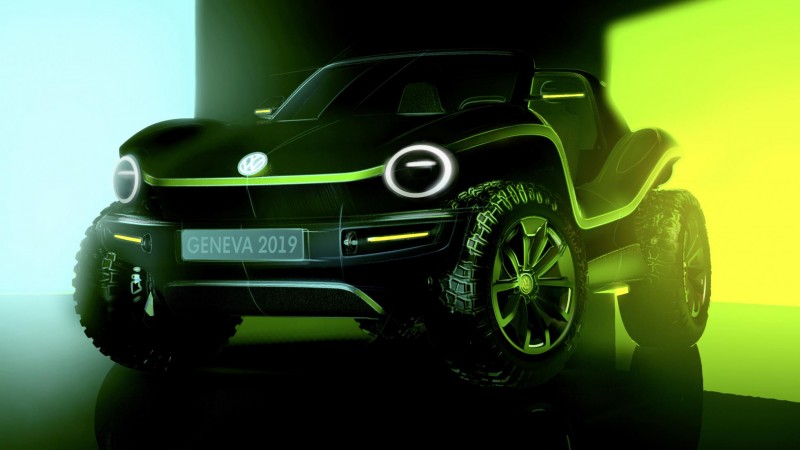 Nearly 60 years ago, Bruce Meyers created the Meyers Manx - an indecently cute VW Beetle-based dune buggy that came to define the beach culture that conceived it. If you’re under the age of 30, it’s the BF Injection from Grand Theft Auto. Now, VW is bringing the dune basher back. And it’s electric.

Currently unnamed but more-than-likely called the I.D. Buggy, or something, it’s an all-electric concept that’ll utilise the firms modular electric (MEB) construction. Just like the MQB platform that now forms the underpinnings of anything from a hatchback to a premium sedan, MEB is just as flexible. The chassis is a kind-of skateboard that contains the motors and batteries, freeing up passenger space and theoretically enabling VW to stick basically any body they like on top of it, everything from a hatchback to a crossover and, as they’re keen to show at the Geneva, a beach buggy.

Annoyingly, VW forgot to turn the lights on in the pictures provided, but it’s obvious that its new buggy wants to stay true to the original. There’s no fixed roof or doors, so occupants have to climb in it like a pedalo. And with chunky wheels and tyres, a squat stance and low centre of gravity, it very much looks like a modern-day Manx – just with the trendy 2019 trinkets; a backlit Volkswagen logo, and trendy spotlights that revamp the originals.

We’re yet to receive any technical details, but we’d like to think that VW will doff its cap to the original and make it rear-wheel-drive. But, being part of the MEB family, having two motors and four-powered wheels is also very much an option.

We’ll see the concept – with all the lights on – at next month’s Geneva motor show and we’re mighty excited. Imagine rocking up at the beach in it and the modern-day Microbus: the I.D.Buzz. We’d have to go hit those party waves.