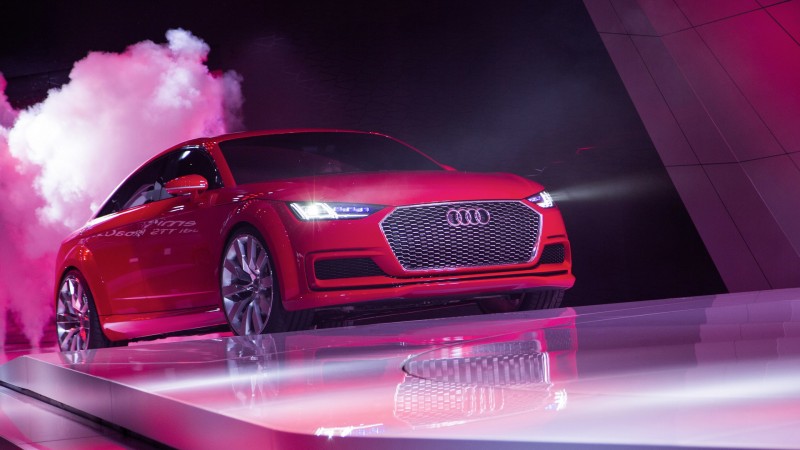 Unveiled a little over four years ago at the Paris Motor Show, the Audi TT Sportback shown here was a more practical take on the Tourist Trophy from Ingolstadt with two usable rear seats and a pair of extra doors. If a new report is any indication, the idea behind that concept will morph into a production version for the fourth generation of the TT, which by the way is celebrating its 20th anniversary in 2018.

While that isn’t all too surprising (there was a concept after all), the plot twist is the TT we know today will effectively cease to exist. That’s right – the new four-door coupe will allegedly replace the two-door models altogether once the all-new TT will be out within the next two years. Auto Express has it on good authority the project has been finalized and that Audi’s high-ranked execs have already given their stamp of approval for a four-door TT.

Compared to the current TT, the four-door coupe variant will have to grow in size in order to offer a more spacious interior cabin. It is believed the wheelbase will be stretched by 120 millimeters (4.7 inches) and the overall length will increase by 290 mm (11.4 inches), while being about 60 mm (2.4 inches) wider than TT available in showrooms.

Riding on an updated version of the Volkswagen Group’s versatile MQB platform, the new Audi TT is going to be offered with an array of mild-hybrid gasoline and diesel engines, plus a plug-in hybrid setup and even a pure electric powertrain.

The report doesn’t say where the TT Sportback will be positioned within Audi’s already vast range, but logic tells us it will most likely be slotted below the A5 Sportback. Rivals will include the Mercedes CLA and the long-rumored BMW 2 Series Gran Coupe – both swoopy sedans based on front-wheel-drive platforms with AWD as an option.