Ford Mustang Four-Door Fan Rendering Could Be The Falcon's Return 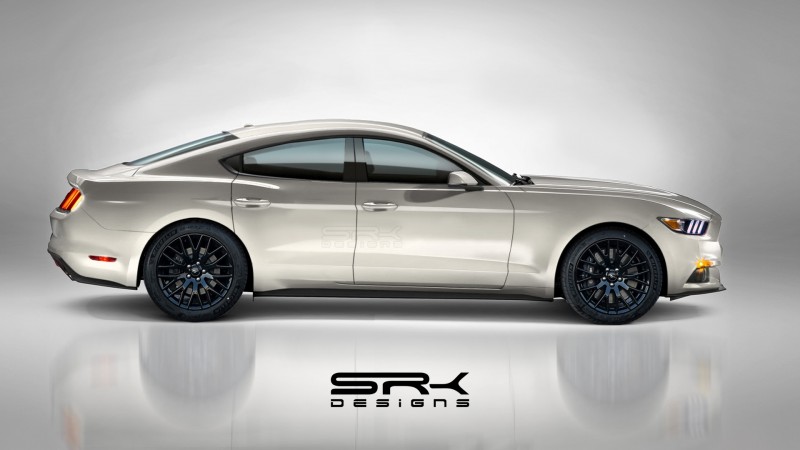 There's so much potential here.

This article comes to you today with some good news, more good news, and bad news. The good news – for die-hard Ford Mustang fans, anyway – is that this four-door pony car is purely a work of fiction. The rendering comes from SRK Designs on Facebook, and actually, it’s very well done. We won’t be shy in saying this four-door Mustang could be a great competitor to the Dodge Charger, which is still a strong seller despite its aged design. In fact, FCA even claims the Charger is nabbing sales from the Mustang and Camaro.

There’s no denying that it looks good – even you Mustang fans have to admit that. And with Ford pulling the plug on sedans, such a creation could succeed where the Taurus and Fusion have failed. A Mustang sedan in base trim could be infinitely more interesting than the withering-on-the-vine Fusion, and a GT sedan could be infinitely more exciting than the reborn Taurus SHO ever was.

Here's the additional good news. With the long-running Ford Falcon now dead in Australia, there’s room to bring the name back to the States for this four-door creation. It’s fitting as well, since the original Falcon from the 1960s was tied to the first-generation Mustang. This new four-door, RWD sedan could be the fun family machine Mustang fans have always wanted, all without tarnishing the Mustang’s legacy as a two-door pony car. It’s win-win, right?

Now for the bad news. Such a move seems very unlikely from Ford, which is pretty much going all-in for SUVs, crossovers, and pickup trucks. Additionally, there isn’t a great track record for Australian-based performance sedans in the U.S. market. The Pontiac G8 and Chevrolet SS were outstanding machines but buyers never connected with either model.

It’s possible this Falcon experiment could be different, as technically we’re not dealing with an Australian-based model. But if Ford did have the guts to give this a shot, it would almost certainly retain Mustang branding. As we've seen with backlash from the Mustang faithful regarding the all-electric Mach-E crossover, such a move could alienate the core group of buyers for this car. On the flip side, Mach-E reservations are said to be quite strong, so perhaps a Mustang-branded sedan could see a similar response.