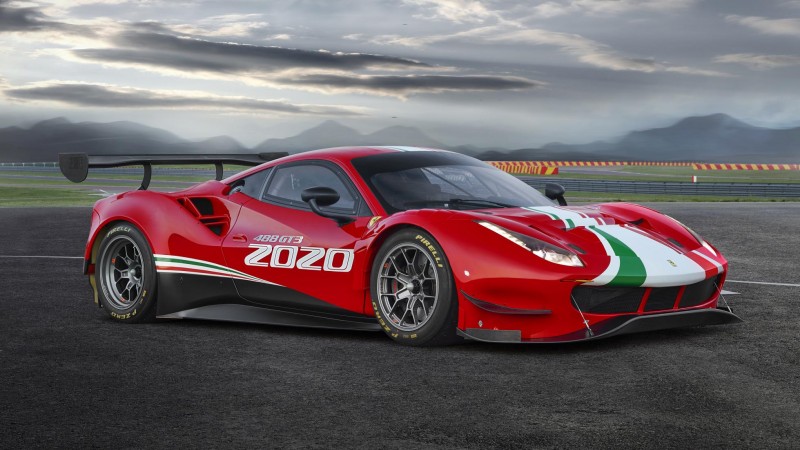 This is interesting – Ferrari’s new GT3 racer is modelled on a car you can’t actually buy anymore. Rather than develop a GT3 racer off the back of the new F8 Tributo, the Italians have instead decided to refine the existing 488 GT3. Within the boundaries of the FIA’s regulations, naturally. Meaning changes are subtle.

The 488 GT3 EVO, which will compete in various GT championships from next year, gets aero, dynamic, ergonomic, safety and reliability upgrades over last year’s car. Said upgrades can also be bought off the shelf, so privateer owners of older 488 GT3s can upgrade their cars to EVO spec.

Over 18,000 hours went into that new front bumper, which generates more downforce and supposedly makes the 488 more stable at high speeds. The vents on top of the front wings are bigger than before, while vents on the doors and rear-wing have been redesigned.

Weight is down (a new seat saves 2.4kg - teams can therefore rely more heavily on ballast, which helps lower the centre of gravity), the electronic safety systems have been reprogrammed and there’s a new engine management system that’s supposed to give better reliability and smoother power delivery.

You can spec something called the 24H/Endurance package, which adds headlights brighter than the sun, quick-fill couplings for engine oil and coolant, a carbonfibre clutch and much besides.