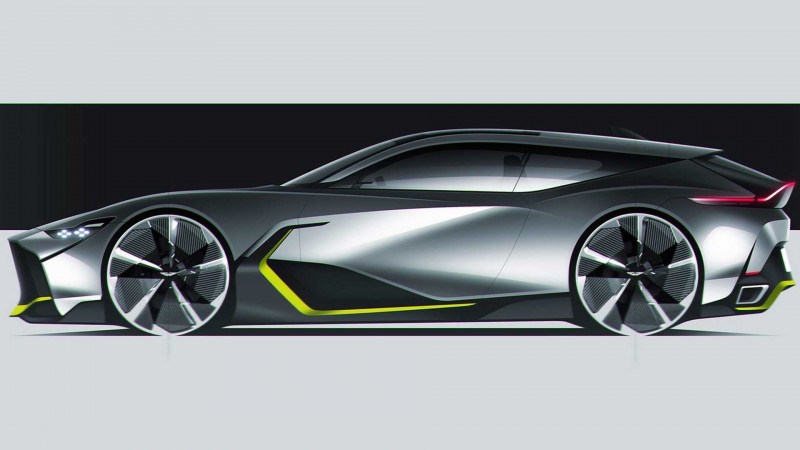 The Aston Martin Vanquish Zagato is arguably one of the most beautiful shooting brakes the world has ever seen and has fueled the imagination of independent artists to create their own two-door wagon designs. Brought to you by the same talented man behind the hypothetical Porsche 911 GT1 project we shared back in August, this DB12 AMR by Emre Husmen from Istanbul imagines the next generation of Gaydon’s grand tourer in the spicy AMR trim.

The GT has switched from its coupe shape to the more practical shooting brake body style with an extended low-slung roof and side cameras instead of conventional mirrors to create a sleeker side profile. Large alloy wheels with an intricate spoke design further contribute to the DB12 AMR’s special appearance, while the slim LED taillights extending onto the tailgate are a nod to the latest Vantage.

The dual exhaust tips and large air intake up front signal the imaginary DB12 AMR still has a combustion engine, as do the carbon fiber shift paddles behind the high-tech steering wheel with a display mounted in the middle. To the right of the screen, the graphics showing the battery is 99% charged indicate the author has conceived the shooting brake with an electric motor to aid the combustion engine for better efficiency and low-end performance.

According to a report published by Top Gear magazine, the DB11’s replacement is scheduled to come out in 2023, but a potential AMR version would arrive at a later date as it has been the case with the DB11 AMR. As emissions regulations get stricter in some parts of the world – especially in Europe – we won’t be too surprised if Aston Martin will electrify its grand tourer. Its tie-up with Mercedes means the British company has a partner with expertise regarding performance hybrids considering AMG has already announced plans to launch fast electrified cars in the years to come.

Meanwhile, the DBX SUV is a crucial model for the company and needs to be a commercial success to safeguard the company’s future.